I’ve kept a large vegetable garden for about 20 years, but the last couple of years I’ve engaged in a related but all-encompassing hobby: growing giant pumpkins. As I write this, my two giants are estimated to be 800 pounds and 707 pounds (pic of the larger one below), and yes, if I can get them to the end of the season, I will be taking them to a weigh off for an official weight.

It’s an unusual pursuit, and people are naturally curious and ask a lot of questions, so I get into a lot of extended conversations about it. The other day, my executive admin, Dana, asked if I would write about the parallels between growing giants and selling.

This got me thinking, and there is a lot in common:

Like selling, growing giant pumpkins is a marathon. I planted the seeds in early April. The weigh-offs are at the end of September and early October. It’s a six-month season of relatively intensive daily attention and effort that varies greatly as the season progresses. At first, you’re trying to keep the plant warm and protected during the cold spring nights. Then you shift to growing and burying vines in hopes of getting the plant and root system as large as possible. Then you focus everything on maximizing fruit growth.

It’s the same in sales, isn’t it? First we prospect, then we build the relationship. Then we get into discussions about how we can help, move the process towards a proposal or quote, and then we follow-up. If we’re selling, we need to be good at listening, analyzing and properly reacting to customer inputs, writing, presenting and communicating. That’s a lot, often over an extended period of time. My client salespeople often talk about customers they’ve pursued for years and finally succeeded with.

There are relentless challenges. Too much water, and the plant can’t absorb nutrients. Not enough water, and you don’t get good growth. If not kept dry, pumpkin plants — and fruits — will rot. If the sun shines on the pumpkin, it will ripen, harden, and stop growing. So it must remain covered. This year, I had wind storms tear up the vines; dealt with squash vine borers which eat the INSIDE of the vine; and voles, which I had never even heard of before, gnawed on the bottom of my beautiful orange pumpkin. (Voles, it turns out, are dumb, slow, rotund, brown mice.)

Similarly, anything can happen in sales: leadership can change direction. Somebody you don’t know is even involved in your sale can decide not to buy from you. Your buyer may change jobs. Your customer may have an argument with their significant other. Your competition might slash their prices to absurd levels. It’s one thing after another.

But there is a lot we can control and influence. In the pumpkin patch, I can be present and keep an eye on things daily. If I see a problem, I react. In business, we can be present, show up, and communicate to the customer that we care. With pumpkins, I can use the proper pesticides, fungicides, and keep them covered and protected. With sales, we are in total control of our proactive phone calls to customers and prospects; we are in total control of our positivity and enthusiasm and gratitude; we are in control of making sure the customer knows we care.

Perseverance is key. In sales especially, this is the superpower. You will make most of your money post-rejection. That is, most wins of significance occur after one or more initial rejections. Which means you actually want the rejections. They indicate that business is near.

Do your best, and be at peace. An old business coach used to say “do your best and go home.” This has always worked for me. Do what you can, apply your best effort, and then be at peace. You’ve done what there is to do.

But if, upon review, there are improvements to be made, then learn and apply at the next opportunity.

Last year, my first year trying to grow a giant pumpkin, I topped out at 420 pounds. This year, I’m applying what I learned last year. (Next year, my wife insists I retire from this hobby.)

I shall do my best, and see if the scale — and my customers and prospects — reward me. 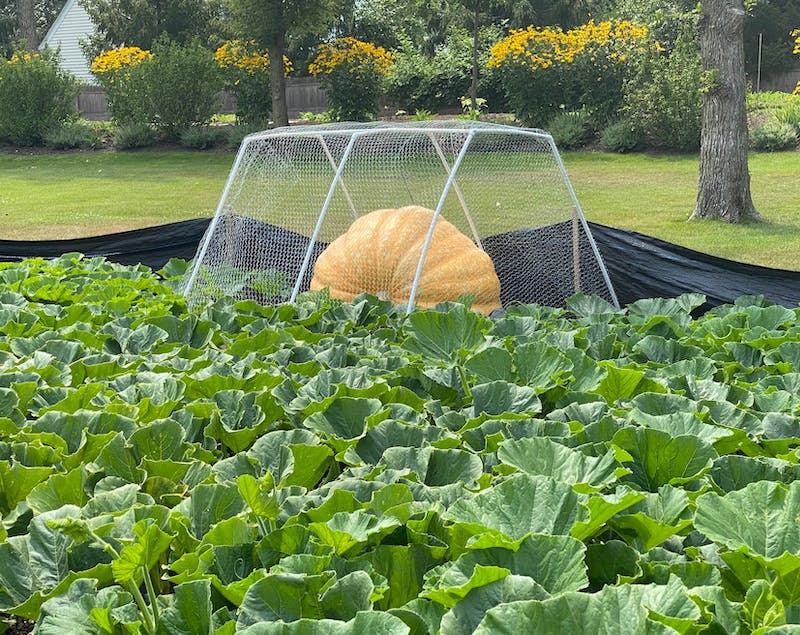